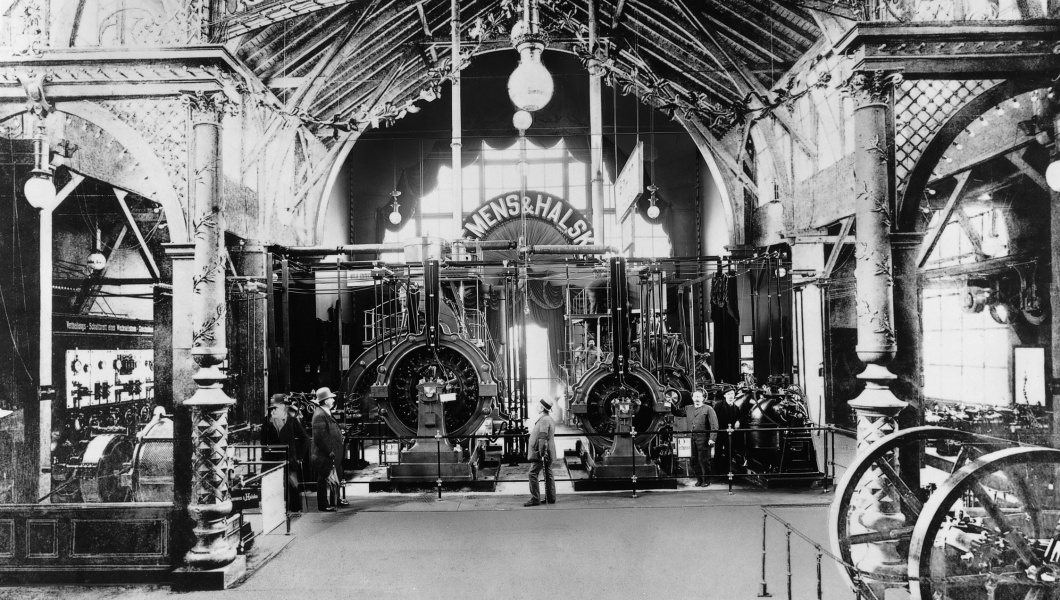 © Siemens Historical Institute
In a fragile world, business history can create a sense of identity, provide orientation, and justify one’s trust in the ability to cope with problems. Occupying oneself with history does not mean to collect anecdotes. Business history makes corporate culture come to life, inspires the development of strategies, and is a first-class idea pool.
Sybille Schwarz, Frankfurter Allgemeine Zeitung, 7 July 2010

From the start, the GUG was marked by a close co-operation between enterprises and academic research. Its foundation was driven by two primary motives: the first was to preserve the journal “Tradition. Zeitschrift für Firmengeschichte” (“Tradition. Journal for business history”), which faced cancellation by its publishing house. So, in its 22nd year of publication, the journal was thenceforth published by Franz Steiner Verlag, Stuttgart, and was renamed into "Zeitschrift für Unternehmensgeschichte". Twenty years later, the journal went to C. H. Beck publishing house, and since 2017, it is published by Walter DeGruyter. The ZUG supplement and the ZUG series went to the new publishers together with the journal.

Thus, the historians’ wish to preserve the German business history journal was fulfilled. The corporate founding members, on the other hand, trusted that solid academic business history research could correct the negative image of entrepreneurs in the public. For that purpose, the GUG’s public lecture events and the yearly academic symposium were created. A decade later, the GUG began to conduct projects on its own, beginning with a study on Nazi slave labour at Daimler Benz and the creation of three business archives (Oetker, Opel, and R+V insurance).

GUG’s breakthrough, however, should occur in the 1990s. Then, membership of private persons was introduced, and following that step, opportunities for academic work were augmented by the inauguration of the GUG’s first study group (study group banking history).
To this first study group, more were quickly added (namely the study groups on transport history, media enterprises, enterprises during the Nazi period, history of insurance, marketing history, and familiy enterprises).
The study groups were and are complemented by smaller workshops providing the opportunity for exchange over more detailed questions.

The 1990s saw a decisive boost in commissioned research projects. In addition to the classic business histories, which usually are motivated by an impending anniversary, many studies of businesses during the Nazi period were commissioned. The GUG held a major symposium on that topic in the former IG Farben headquarter building (which today is part of the Goethe University campus) in 1997. The proceedings were published as volume 1 of the book series by C. H. Beck in 1998. With the new research trend, many companies changed their approach to commissioned research. A professional historical analysis of the firm’s past behavior became the standard for many business histories. On the other hand, commissioned research was more and more recognized as a chance for academic business historians to access corporate archives and expand their knowledge. Although there are still conflicts about commissioned research in the present, it has proved helpful for both enterprises and academics. The GUG stands for an active co-operation in this area.

Into the 21st Century

Since the second half of the 1990s, the GUG carried out many very different research assignments. Since the mid-2010s, corporate archives again became part of its operations. You can find more information on both areas in the section GUG mbH.
Since the turn of the millennium, the GUG also noted a growing interest of family-owned firms in their history. The GUG supports this trend with its study group study group familiy enterprises and the co-operation with the WIFU.

Lastly, in 2015 the GUG expanded its activities into education with two initiatives. First, together with the “Stiftung der deutschen Wirtschaft” (German Business Foundation), it founded the workshop „introduction to business history“. Second, the GUG initiated the project “GeschichteUnternehmen” that is to promote the teaching of economic and business history topics at schools.
The GUG also strengthens its involvement in applied history by co-operating with the network corporate museums, for which it developed the internet portal “UMO – Unternehmensmuseen online” (an online guide to corporate museums) that went online in 2012. In the regular workshop workshop "History Communication", member firms of the GUG meet to discuss aims and means of communicating company history.

Although the GUG’s approach, relying on a close co-operation between academics and enterprises, still hasn’t become widespread, the Canadian Business History Association/l’association canadienne pour l’histoire des affaires (CBHA/ACHA) was modeled on it when it was founded with the GUG’s support in 2015.

Additional Information about history of GUG